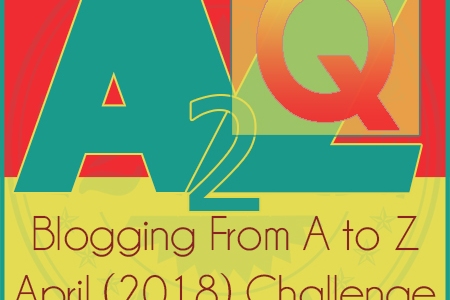 He agrees to take me home.

And he agrees to take me home.

What is it about me that has spared my life? What am I to him but a drunken one-night stand? A mistake, given my history. And yet, he seems suspiciously protective of me.

I give him Mel’s address. Mainly because I don’t want him to know where I live, but also because I fear I may invite him in if he were at my doorstep.

Even with a body in the trunk.

Maybe Mel was right about my self-destructive habits.

The A to Z Challenge is back, and this year, I’m giving you 26 drabbles (100-word stories) using some of my favorite unused or underused tags.

Originally published April 20, 2015 for the A to Z Challenge.

Whitmore was on his way back to Jessica’s apartment. Holding tightly onto the steering wheel with his left hand, he pressed down on the gas. The headlights from the cars on the opposite side of the road resembled a steady, illuminated white streak zooming by him.

Whitmore knew Jessica would be upset with him for coming unannounced, but he needed to make sure they were alright, that she wouldn’t leave him because of what he had revealed to her.

Memories of Layla flashed before his eyes—images of her having sex with other men. In the backseat of her car, her toes tapping the fogged up windows on opposite ends as the faceless man held her legs apart. In the shower, she balancing on the shower rod while another faceless man wrapped her legs around his waist. In Whitmore’s bedroom, a third faceless man sitting on the edge of the bed while Layla, completely naked, perched on top of him, gyrating her hips on his lap. She arched her back, bent over backwards. The man held onto her waist while the rest of her body hung upside down over the bed. She looked up at Whitmore and smiled. Suddenly, her face became Jessica’s.

No, no! Whitmore closed his eyes, shaking his head as he sped through a red light. Jessica would never cheat on me. She’s one of the good girls. This is why I have to make us work. I can’t lose her.

He slid his right hand down into his pocket, patted the last piece of motivation he had against her. When I show her this, I won’t even have to ask the question. She’ll automatically say yes.