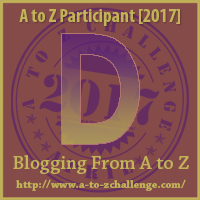 Today we take a look at another character in Prodigal Son*, Franklin Maye, the detective assigned to the missing persons case filed by Leslie Fields for her son Gregory.

Since his character is not as solid as Leslie’s (truthfully, I’m not totally in love with the name Franklin Maye), I want to take this opportunity to brainstorm a rough sketch of Franklin. Since he will play a significant role in this story (tracking down Gregory), it’s time I take a look at his character and start building.

When creating his character, I want to make sure Franklin doesn’t fall into the category I like to call the “literary cop cliché.” If you’re a reader of crime fiction, mystery, or suspense, you know exactly what I’m talking about.

What is the “literary cop cliché”?

After reading this list, give me one literary cop who doesn’t fit at least one of these descriptions. If you’ve read one “cop story,” you’ve read them all. Hopefully this story doesn’t become one of those.

Who is Franklin Maye?

Franklin is SINGLE. Can’t be estranged from resentful children and a nagging wife if he doesn’t have them. However, I won’t make him a bachelor, which can quickly become another cliché. Besides, he has too dorky of a name to be a hard-edged cop by day, ladies man by night. In fact, I think I’ll shorten his name to Frank. Yes, from now on, he’s just Frank Maye.

Frank lives in a one-story house (because apartments are reserved for bachelors) with his Aunt Bethel, the closest thing he has to his mother, who died earlier this year. While not at work, Frank helps take care of his mother’s kid sister Bethel, who is suffering from early onset Dementia, the same disease his father had when he left his home early one Saturday morning and never returned. The disappearance of Frank’s father still haunts him to this day. It’s the reason he became a missing persons detective, and why he’s so overprotective of Bethel, who is in denial of her age and her illness and still wants to be independent.

Limitations? Desires? What’s at stake? What does he have to lose/gain?

When Leslie first reports her son missing, Frank feels for her. He wants to help her. Throughout the investigation, they become close (though not romantically, because that would be another “literary cop cliché”). He wants to restore for Leslie and her sons the close, loving relationship that he had with his parents, and he just might jeopardize his job to do it.

A possible subplot to the main conflict of this novel could be Frank’s coming to grips with his father’s disappearance, which may have indirectly caused his mother’s death (of a broken heart?). It’s been two years, and the case has since gone cold, but maybe he does his own investigating off the record as a way to find closure. Maybe he confides in Leslie about it. Maybe, in a way, they can both bring each other peace.

If I decide to go through with this subplot, I may make this story a 2-person POV, meaning I’ll alternate between telling the story from Leslie’s POV and Frank’s POV. While I’m not the biggest fan of multiple POVs in a novel (I like the suspense of being in only one character’s head—sometimes the reader doesn’t need to know everything), it’s a route I may explore as Frank’s character comes to life.

Not taking away from Leslie’s desperate search for Gregory, of course!

I’m open to any suggestions! Like I said, Frank’s character isn’t as concrete as Leslie’s, so I may change some things as the challenge goes on. You’ll just have to stick around to find out.

That’s it for now! See you tomorrow for Letter “E,” when we’ll look at another backstory.

15 thoughts on “D is for… [D]etective Franklin Maye #AtoZChallenge”