She pauses outside the elevator, her foot in the path of the rattling metal doors.

“I don’t bite.” Though his smile reveals sharp canines that tell a different story.

“Tribe of domination. Submit to our temptation,” he sings and curls his fingers, beckoning her to enter and relieve the doors of their anxious open and close motion.

“I told myself I wouldn’t get on an elevator today,” she says as she tiptoes next to him. “Had a rotten dream last night. The cable snapped and I went into free fall until—” She raises her arm and claps one hand down into the other. “Splat!”

He jerks back his neck. “Ouch.”

“It’s always fun to dream about your own death.”

“Death by heavy metal is better.” He reaches into his back pocket, pulls out a card that says Backstage pass, and tucks it inside her bra. “Hope to see you at the concert tonight. It’ll be fire!” he says through a smirk and exists the elevator just as the doors open. 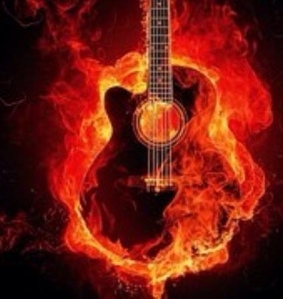 Flash Fiction for Aspiring Writers is a weekly challenge where you write a story in 75-175 using the provided photo prompt as inspiration. Click the froggy icon to read other stories inspired by the photo and add your own.